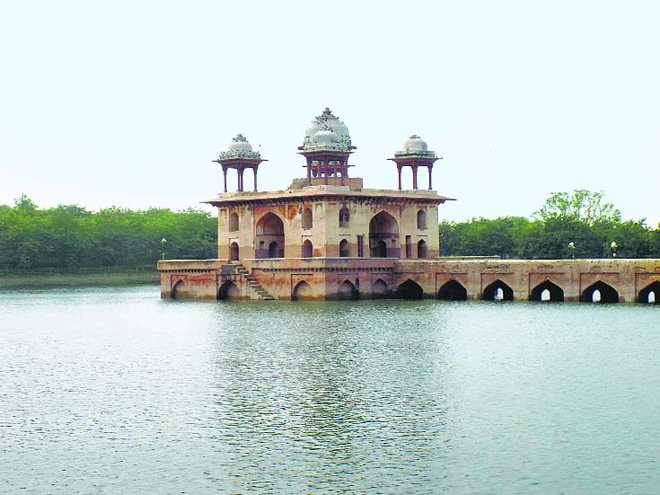 Jal Mahal happens to be the remnant of pleasure, is a palace situated in the middle of a tank known by the name of Khan Sarovar. According to a Persian inscription over the main entrance, it was built by Nawab Shah Quil Khan, who was the Governor of Narnaul for 52 long years. The entrance to the palace is in the north through a gatehouse, with rooms for guards constructed over a bridge resting on sixteen arched-spans.

The Jal Mahal was constructed during the reign of Mughal emperor Akbar in 1590-91 AD. The construction of the tank was completed in 1592-93 AD.